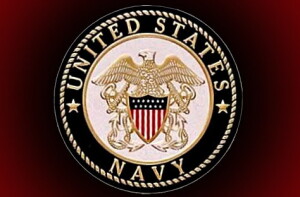 Hershall Wayne Clark, 87, of Tecumseh, Oklahoma passed from this life Saturday, September 21, 2019 at his home.

He was born May 20, 1932 to Hershall Raymond “Buster” Clark and Minnie Maria (Perino) Clark in Lehigh, Oklahoma.

Hershall was raised in Shawnee and graduated with the class of 1950 from Shawnee High School.  He later attended Oklahoma Baptist University.

Hershall proudly served his country in the U.S. Navy from 1952 to 1956 and was honorably discharged.

He worked for Tinker Air Force Base as a supervisor and section chief.  He along with his wife, Christine were Real Estate Brokers and owned and operated Clarks Real Estate.

Hershall was a member of St. Benedict Catholic Church.  He enjoyed old cars, antiques and his old coin collection.

Those left to cherish his memory are his loving wife of 62 years, Christine Clark of the home; 2 daughters, Sherri Ann Reed and Tina Maria Tarver; 1 son, Raymond Frederick Clark; 1 foster son, Virgil Tunnell and his son, Timmy; 6 grandchildren, Amber and Tim Burgess, Summer Tarver and Richard, Josh Clark, Tasha Clark-York, Rachel Zais, and Brittney Wilkins; 8 great-grandchildren, Konnor, Marlee, Rylee, Harper, Hallie, Holden, Jenna and John; 4 sisters-in-law and 1 brother-in-law, Mary Duncan, Linda Junk, Helen English and Bernice and Ronnie Beaver; and other extended family and friends.  The family would like to express their gratitude and thanks to Claude “Buck” Renfro for his thoughtfulness and caring concern for his daily checks on Hershall.

Visitation will be from 12:00 noon to 8:00 p.m., Tuesday, September 24, 2019 and continue through service time.  Family gathering to greet friends and family will be from 5:00 p.m. to 7:00 p.m., Tuesday, September 24, 2019 at Cooper Funeral Home. Mass of Christian Burial will be 10:00 a.m., Wednesday, September 25, 2019 at St. Benedict Catholic Church in Shawnee with Father Joseph P. Schwarz officiating. Burial will follow at Calvary Cemetery under the direction of Cooper Funeral Home of Tecumseh.